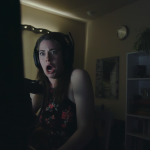 Video gameplay is now a spectator sport. The ESPN of this phenomenon is an Amazon service called Twitch. This video attempts to look inside the daily mechanics of a one Twitch streamer, KatiePetersPlays.

This video appeared as a sponsored post on Kotaku.